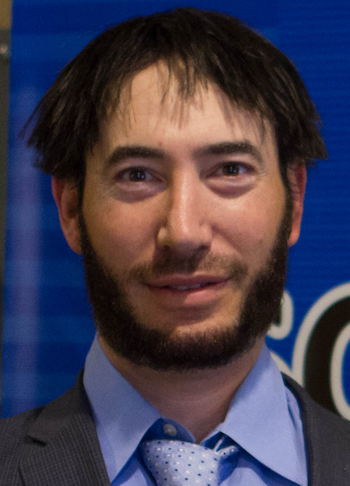 While always wanting to be a medical doctor growing up, Dr. Kramer had a change of plan after suffering with problems stemming from a routine workout at the gym. During his workout, while performing leg presses, Dr. Kramer felt a sudden bout of weakness in his right shoulder and an overall nervousness throughout his body.  Sensing something was wrong, Dr. Kramer left the gym at that point and went home. The next day, Dr. Kramer had no feeling in his right ring and pinky fingers. He immediately went to the emergency room in a mad panic. Dr. Kramer’s mother worked for a large hospital as a physical therapist at that time, allowing Dr. Kramer to get best treatment and necessary studies/imaging to figure out what was wrong. Two years later, Dr. Kramer’s health had hit rock bottom. His weight dropped from 175 pounds down to an emaciated looking 135 pounds at 5 foot 11. He had seen many MD’S, DO’S, psychologists, psychiatrists and others for his problems, yet nobody had any answers.  Numerous diagnostic studies were done including MRI’s, CAT SCANS, Sleep Studies, Brain Studies, yet nobody had any answers. Dr. Kramer was being heavily medicated with pills for anxiety, depression and headaches which he never had before. The one profession he hadn’t gone to for help yet was Chiropractic. Although he grew up thinking most chiropractors were quacks, Dr. Kramer (who was studying for the MCAT at the time of his workout injury to attend medical school) came to the conclusion that Chiropractic may be his last shot. Feeling suicidal and bedridden, Dr. Kramer figured he would find the best Chiropractors at a school that teaches Chiropractic. After only getting minor relief, Dr. Kramer sought out the best chiropractors in California. After spending thousands of dollars and undergoing chiropractic care with different doctors utilizing different techniques, Dr. Kramer thought this maybe the best it was going to get (drugged up with numerous health issues such as headaches, insomnia, panic attacks that were constant, neck and low back with radiating pain and numbness, acid reflux, sweaty palms, depression, brain fog, constipation, trouble breathing and other issues). Then the “miracle” happened. As Dr. Kramer was undergoing treatment at the chiropractic college, one of the students overheard  Dr. Kramer talking to his treating physician stating he was still taking medication for some of his health issues. A student came up to Dr. Kramer and told him about the solution to get off those medications. The student’s name was Dr. Drew Hall, currently the president of the Blair Upper Cervical Chiropractic Society and a friend of Dr. Kramer. He suggested to Dr. Kramer in a demonstrative way that he needs to see this chiropractor that just focuses on the top bone in the neck. To make a long story shorter, that was the true beginning of Dr. Kramer’s journey for recovery. Within a few months, Dr. Kramer was able to get off all his medications and started attending Chiropractic school. Dr. Kramer tried to get off his medications before, but it only made his symptoms worse. However, once under chiropractic care with this doctor who focused only on the top vertebrae in the neck called the atlas or C1, he was able to slowly wean himself off all his medications. His body began to “heal itself” and the relentless pain and problems that had plagued him had tremendously improved.

Since Upper Cervical Chiropractic helped him regain his life back, Dr. Kramer has found his purpose. Through this specialty in chiropractic, Dr. Kramer has dedicated his life to helping those people who suffer hopelessly with chronic pain and problems. Dr. Kramer specializes in helping people recover from chronic long standing health conditions that have not responded to mainstream medical treatment.

We Offer a Free Exam and Consultation for New Patients

You can book an appointment with us by clicking the button below:

Tuesday, Thursday and Saturday by appointment only.